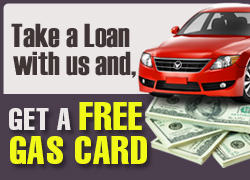 Titlemax Holdings LLC, a closely held title-lending company with about 550 locations in seven states, filed for bankruptcy citing an inability to refinance its debt in the prolonged U.S. recession.

The company, which operates mostly in the southern U.S., listed both assets and debt of more than $100 million in Chapter 11 papers filed today in U.S. Bankruptcy Court in Savannah, Georgia, where it’s based.

Titlemax’s bankruptcy was triggered by the maturity of an estimated $165 million loan from Merrill Lynch & Co., according to the title company’s lawyer, Thomas Califano. The New York- based bank, acquired by Bank of America Corp. in January, is the biggest creditor in the case, he said.

“It’s a solvent company,” Califano, of the firm DLA Piper LLP in New York, said today in a phone interview. “There’s a significant amount of equity over the debt.” Titlemax plans to continue operations and reorganize, he said.

Titlemax, which holds customers’ vehicle titles in exchange for cash, was founded in 1998 and has 1,800 employees. It has operations is Georgia, South Carolina, Tennessee, Mississippi, Missouri, Virginia and Illinois. Fifteen units also filed for bankruptcy, including its Checkmax affiliates.

“Titlemax did not file for bankruptcy relief due to operational or financial performance,” Titlemax Chief Executive Officer Tracy Young said today in a statement. “In 2008, Titlemax generated by far the highest revenues and profits in its history and 2009 is expected to be another record year.”

Titlemax’s describes itself as one of the largest title- lending companies in the U.S., according to its Web site. The company provides financial products to people “without access to traditional credit alternatives,” it says. Credit checks and insurance aren’t required.